Our Moulton Neighbourhood Development Plan has been agreed!

Following a majority vote in favour at the referendum held on Thursday 1st December,

Daventry District Council formally made the plan on Friday 2nd December in accordance with the decision of its Full Council on 6th October 2016. The plan now forms part of the Statutory Development Plan and will be used when determining planning applications in the Moulton Neighbourhood Area.

We would like to thank everyone who has taken time over the last four years to attend a Steering Group Meeting, complete a Resident Survey, attend a Consultation Event and most of all residents who took time to vote recently. Your contribution has helped to shape the future of our community.

Further information is available on the District Councils website:

Or click below to view a copy of the made version.

Referendum on the adoption of the Moulton Neighbourhood Plan

A referendum will be held on Thursday 1st December 2016 to decide on the question below:

Do you want Daventry District Council to use the Neighbourhood Plan for Moulton to help it decide planning applications in the neighbourhood area?

Not such good news on the Neighbourhood Development Plan as after the final amendments that followed the independent inspector's report, the completed document was submitted to Daventry District Council (DDC) for approval and then a village referendum to accept it. It has been lodged with DDC now for some four months and we are still awaiting their response. It is a concern that all our preparations, consultations, public questionnaires, exhibitions and work over some four or so years is delayed in the final stage. You can keep updated on all the latest planning applications and permissions on the DDC website or on our Parish Council website where the minutes of meetings have details of planning matters. If planning issues effect you directly please note you can write in with your concerns to the Clerk or attend the public session of each Parish Council meeting at 7.15pm, when you will be able to put your concerns forward to the Council. We are not the planning authority but, as we are consulted on our views, we can pass on concerns to DDC.

One immense ask has involved the process of producing Moulton's Neighbourhood Development Plan. Lots of you visited the various exhibitions and took part in the consultations over the past four years which has resulted in your thoughts and suggestions being incorporated into the final document. Recently our NDP was subjected to one of its major tests before adoption when a public inspection took place in the Village Hall. It was heartening to have so many villagers present to give their support. The final step will be a referendum when we all get the chance to endorse our village plan. Hopefully the NDP will carry considerable weight on future development and planning in our village and our views will receive due consideration.

The Independent Examiner, John Parmiter FRICS FRSA MRTPI has completed his report which is available to view here. Daventry District Council will now consider the examiners recommendations including whether the Moulton Neighbourhood Plan should proceed to referendum. When there is a further update the website will be updated accordingly and if you responded to the submission consultation you will be notified directly.

The Hearing starts at 10am and we would be very pleased if you could attend.

This is a plan for our community. What are your views? 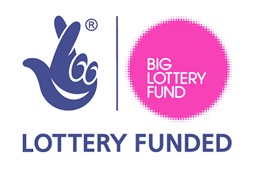 Moulton Parish Council have received a £10,000 grant from The Big Lottery Fund towards the cost of producing the Neighbourhood Development Plan.

The Big Lottery Fund, the largest distributor of National Lottery good cause funding, is responsible for giving out 40% of the money raised for good causes by the National Lottery. The Fund is committed to bringing real improvements to communities and the lives of people most in need and has been rolling out grants to health, education, environment and charitable causes across the UK. Since June 2004 BIG has awarded close to £6 billion. The Fund was formally established by Parliament on 1 December 2006. Since the National Lottery began in 1994, 28p from every pound spent by the public has gone to good causes. As a result, over £29 billion has now been raised and more than 400,000 grants awarded across arts, sport, heritage, charities, health, education and the environment.

Moulton Parish Council are delighted with the outcome of the application, receiving the full funding that was requested. Producing a Neighbourhood Development Plan is a lengthy and costly procedure, so this grant is greatly appreciated.

The VDS has now been submitted to Daventry District Council awaiting approval and adoption.