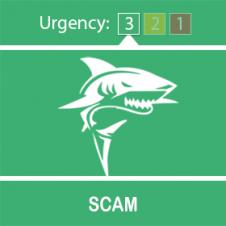 Officers at Northamptonshire Police are again encouraging members of the public to make their elderly relatives aware of courier fraud following fresh reports in the county.

Courier fraud involves fraudsters telephoning a potential victim, claiming to be from their bank, the police, or another law enforcement authority, and tricking them into revealing their PIN number, bank card and personal details.

Since the beginning of May, there have been at least seven reports of courier fraud across the county, in which fraudsters pretending to be police officers have called elderly residents.

In all incidents, the vulnerable victim has been informed they need to withdraw a large sum of money to enable the police force to investigate an alleged corruption within their bank or building society.

They are then told to get a taxi to their bank or building society and the fraudsters will even suggest a plausible reason for why they are withdrawing such a large amount of money, if the victim is challenged.

Once the money has been withdrawn, the fraudsters will sometimes arrive at the house and take the money, promising to reimburse them once their 'investigation' has been completed.

Read more on this news story here and learn how to spot the signs of Courier Fraud.